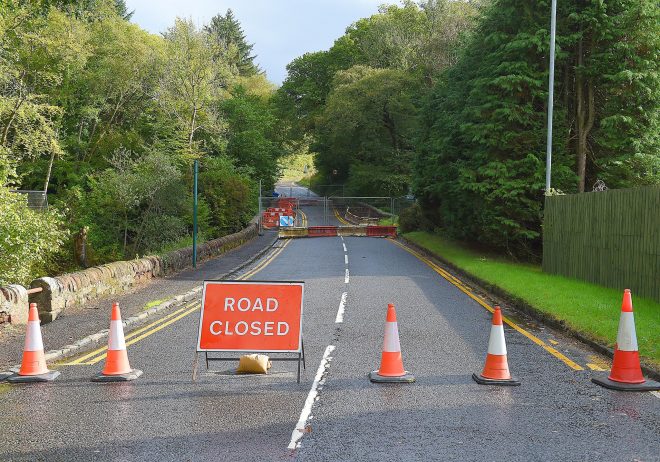 Piling works continue to progress on site. Single lane opening is now expected to take place in mid-April 2023, with overall works on site continuing until May 2023.

Structural complexity, poor weather and extremely low temperatures experienced during December have been contributing factors to the delay to works. Additional propping to spandrel walls and wingwalls was installed to further safeguard the structure during piling works. Despite additional propping mechanisms being installed, structural instability was identified during piling. Extensive structural surveys and coring took place pre construction phase as well as during construction phase, despite this, pile clashes with the existing structure were still experienced during the course of the piling works. This resulted in refusal of piles upstream and snapping of a piling augur downstream. To offset the construction risk piling activity on site was delayed and redesign of pile positions and sizings was commissioned, a smaller piling rig was also sourced. 30 piles have now been installed, with a further 8 to be installed. As planned, weekend working will again be adopted (6 day per week working) once piling has been completed. Excavation to formation, and installation and pouring of ground beams will also then take place.

We would like to thank the Community for their ongoing support and patience during this challenging time.