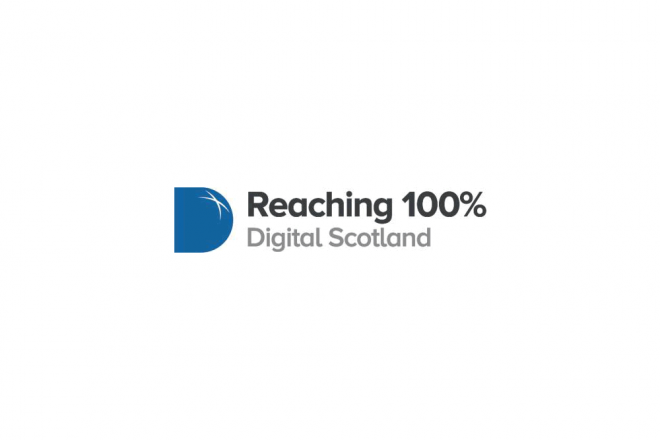 Overview
The Scottish Government has set out a clear commitment that every property across Scotland will be able to access superfast broadband by the end of 2021. This commitment will be delivered by the Reaching 100% (R100) programme through a combination of three contracts with BT plc, the Scottish Broadband Voucher Scheme (SBVS), and also through commercial deployment. R100 will build on the achievements of the Digital Scotland Superfast Broadband (DSSB) programme which has provided fibre broadband access to over 950,000 premises across the length and breadth of Scotland.

The R100 Contracts
Procurement for the R100 programme was split into three geographic lots with a set level of public subsidy attributed to each – North (£384 million), Central (£83 million) and South (£133 million). In 2019 contracts were signed with BT plc for delivery of the Central and South lots of the R100 procurement. Combined, these two contracts will reach over 52,000 premises.

In the Central lot, Openreach will build to around 90% of the premises identified as being ‘in scope’. The planned build in the Central lot will utilise both Fibre-to-the-Cabinet (FTTC) and Fibre-to-the-Premises (FTTP) technology however the vast majority of the contract build will be FTTP, capable of delivering download speeds of one gigabit per second (1,000 Mbps) – over 30 times faster than superfast speeds.
In the South lot, Openreach will reach over 99% of the premises identified as being ‘in scope’. All of the planned R100 contract build in the South lot will utilise FTTP.

This technology alongside Scotland’s topography means the build is complex and will take time. We expect the majority of build to be completed by the end of 2023 in both the Central and South lot areas.

Following the announcement in November 2019 that BT plc had been selected as the preferred bidder for the North lot of the R100 procurement, the Scottish Government received notification of a legal challenge that put contract signature on hold until legal proceedings had concluded. In August 2020 an agreement was reached and the case was subsequently dismissed. Work is currently underway to finalise the North lot contract as soon as possible, with the aim of achieving contract signature by the end of 2020.

Scottish Broadband Voucher Scheme (SBVS)
The Scottish Broadband Voucher Scheme (SBVS) is a key strand of the R100 programme. It will provide grants to people in both residential and business premises, offering support to customers to ensure they can access superfast broadband of at least 30 Megabits per second (Mbps). The SBVS launched in September 2020 and already has over 40 suppliers registered.

Anyone whose home or business broadband speed is less than 30 Mbps, and where there are no plans to bring superfast broadband to their address by the end of 2021 – either via the R100 contracts or commercially – will be eligible for a voucher. The SBVS features two distinct levels of subsidy:

Firstly, premises with addresses that are either not in scope for a signed R100 contract nor for planned commercial investment will be eligible for a main voucher, offering funding of up to £5,000 per premises. This currently includes premises in the R100 North lot area until roll-out plans are known. It should be noted however that should a property in the North lot take advantage of the £5,000 voucher, they risk being removed from the scope of the North lot contract.

Secondly, for those properties where superfast broadband roll-out is planned but likely after 31 December 2021, we will provide support worth up to £400 to deliver a connection through an ‘interim’ voucher scheme. We will also ensure that those in the most difficult-to-reach locations can secure vital connectivity by providing an additional subsidy of £250. This will not prevent the deployment of the planned R100 contract build for those premises, but will allow customers to access an interim superfast service using alternative technologies while the build on the longer term solution is undertaken.

Vouchers can be used to cover the cost of installation associated with securing a service across a range of superfast-capable technologies, including fibre, fixed wireless, mobile broadband, and satellite. Everyone is able to ascertain their eligibility for SBVS through the online checker which can be found at www.scotlandsuperfast.com.

Some addresses may also be eligible for funding through the UK Government’s Gigabit Broadband Voucher Scheme (GBVS) which supports the cost of installing gigabit-capable broadband, when part of a group project, i.e. where two or more property owners or tenants combine their vouchers to subsidise the cost of connections. The GBVS can provide an additional £1,500 for rural homes and £3,500 for rural small to medium sized businesses. The approved supplier acting on behalf of the group will apply for the GBVS and SBVS funding on the group’s behalf.

Commercial Build
The third key strand of activity that will help us to achieve our 100% commitment is commercial broadband infrastructure build. The R100 Intervention Area is continually monitored in order to ensure it remains accurate. New commercial activity is taken account of as is any previously planned commercial activity that for whatever reason, will not proceed. Ultimately, the Intervention Area is dependent on data that comes from suppliers. Updates are received from suppliers regularly throughout the year and changes are then reflected in the online checker.